Ancient coin collectors in the United States had good reason to smile this past weekend.  Archaeologist Paul Barford in his blog Portable Antiquity Collecting and Heritage Issues joined a growing list of critics who believe that U.S. government officials are being swayed by false information.  Specifically, Mr. Barford cites major media reports regarding ISIS funding as tainting a recent Congressional Homeland Security Committee Report with "outdated information, misrepresented statistics, and discredited figures."  He goes on to suggest that congressional staffers who authored the report "...searched for reports published in major media outlets without critically examining them.  "Much of the media coverage of archaeological looting in Iraq and Syria has been driven by sensationalism."

Ironically, the day following Mr. Barford's blog post, a segment of the U.S. television show "Madam Secretary" included some of the very same sensationalism.   In this episode, a "fictional" political upheaval in Algeria, and supposed destruction of monuments, is portrayed as a cover for the theft and sale of antiquities to raise funds for Jihadists.  The TV episode was obviously inspired by the same major media reports that swayed Congress.

The popularity of this sensational journalism and media entertainment is easy to understand.  One can even see how it becomes believable to those with limited background in the issues.  However, the process is not without victims.  Certainly, the loss of history and culture is devastating to all of civilization—but the victimization of honest and thoughtful individuals who legally own and enjoy objects from the past is not a rational nor ethical weapon in the fight against that loss that we all suffer from.  I think Mr. Barford and I might agree on that point.

For ancient coin collectors who are reading these words, there can be little doubt that we need to be proactive in helping to reduce or eliminate the looting and illegal export of coins from source countries.  Although provenance has never been a concern in past centuries, it is one of the few ways that legitimacy can become an element of due diligence.  As collectors, we need to create and maintain better records of provenance—at least for objects of significant value.  That will, over time, help protect the "orphans" from old collections.  At the same time, both the public and the guardians of public interest need to follow the path of truth and the laws that govern our union.  The sensationalism that drives our moment is not helping.
Posted by Wayne G. Sayles at 1:22 PM No comments: 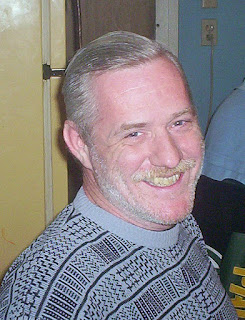 "We treat all stakeholders with a vested interest in the site with the same intellectual curiosity, which means we interact with and learn from local populations, dealers, collectors, looters, government employees, archaeologists, museum professionals, tourists, and customs agents."

Treating ancient coin collectors with intellectual curiosity is an interesting way for Professor Morag Kersal to describe interaction with a learning discipline that is older than any university in the world.  Some of the foremost names in international leadership, social justice, art, science, literature, philanthropy, commerce and virtually every other facet of life were collectors of ancient coins.  Of course they are viewed with a certain level of curiosity because they typically find their tactile learning experience a passion, as well as exceptionally educational and rewarding endeavor.  Today, that remarkable experience continues to attract people of very diverse stations in life and does indeed make them vested stakeholders in preserving the past.   Collectors, through tourism and social media, often interact with local populations in regions where ancient cultures left their mark.  They obviously have a close connection to dealers who trade internationally in licit coins from virtually every corner of the earth.  As a group, collectors are closely knit and delight in sharing discoveries.  While few of them ever interact directly with looters, they clearly suffer the consequences of looting as much as anyone else who has a love of the past.  A collector interacts with government employees, including customs agents, virtually every time an order is placed in the international market.  In spite of ideologically driven recrimination, they frequently and proudly share their knowledge and experience with archaeologists, museum workers and other academic professionals.  It should be no wonder that intellectual curiosity comes into play when interacting with ancient coin collectors—they are certainly worthy of the distinction.
Posted by Wayne G. Sayles at 9:40 PM No comments:

Frequent readers here will know that I have tried on at least two prior occasions to restart the focus of this blog and avoid cultural property issues which only lead to frustration and ill will.  Unfortunately, those issues can tend to take over one's thought process and overpower the intent of a blog itself.  Consequently, it is time to restart again.  We will henceforth talk only about ancient coin collecting and avoid all reference to the political and ideological aspects at hand.  Hopefully this time the focus will stay on the joys and benefits of a great hobby and avocation.
Posted by Wayne G. Sayles at 12:51 PM No comments: